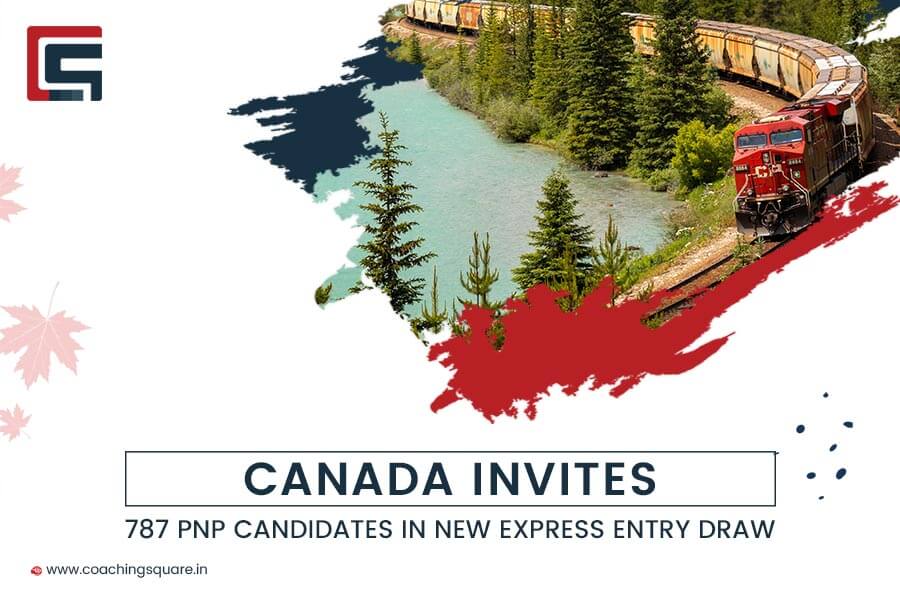 Canada’s most recent Express Entry draw, held on April 13, resulted in the invitation for 787 PNP candidates. The details of the draw are as under

The total number of PNP candidates invited in 2022 has now reached 7,257 after the result of this draw. The draw specifically targeted the applicants who have a provincial nomination as well as an express entry draw profile.

The draw’s minimum CRS score was 782 points, which was 3 points lower than the previous draw. The draw is the first of April 2022, the 220th round of Express Entry Draw invitations overall, and the eighth in the year 2022.

Canada is not undertaking all-program draws after December 2020, instead concentrating on resolving the present considerable backlog before resuming awarding ITAs in big volume. In 2021, Canada issued 114,431 ITAs, all of which went to Canadian Experience Class (CEC) and PNP applicants. The number was considerably greater than the country’s previous record of 107,350 issued in 2020.

Check Your Eligibility for Free!

Highlights of the Express Entry Draw #220

Apply Now for Migrate to Canada

The Provincial Nomination Program is a vital part of Canada’s immigration policy. Almost all Canadian provinces have their own Provincial Nomination Programs, each with its own set of streams and requirements. A PNP stream aims to reach out to a specific demographic, such as students, business people, skilled workers, and semi-skilled workers. PNPs allow talented people to live and work in Canada as well as gain Canadian PR. A candidate who is nominated under the program receives an additional 600 points on the Comprehensive Rating System (CRS).

To reach the massive immigration targets set for the year, Canada is inviting thousands of immigrants to Apply for Permanent Residency. On April 27th, 2022, the next Express Entry draw #221 is expected to take place. The government plans to welcome 431,645 and 447,055 permanent residents in the years 2022 and 2023, respectively. So, if you’re thinking about moving to Canada, now would be a good time to start the application process. You can Contact our Canada Immigration Consultants for help and support.